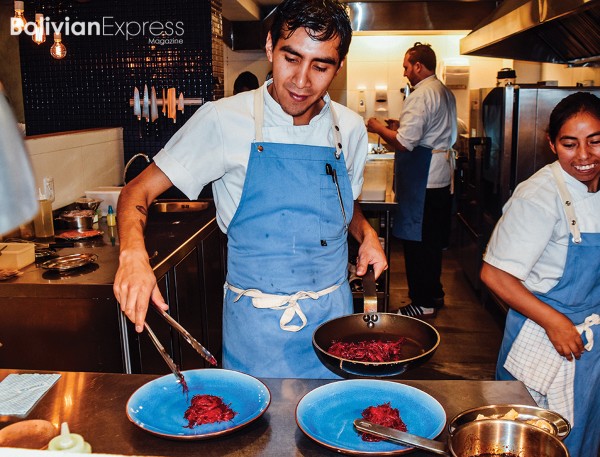 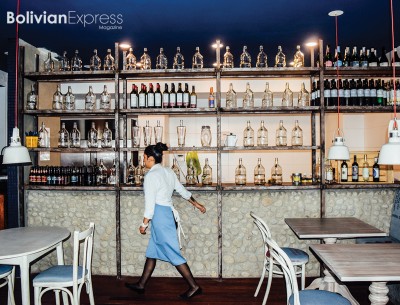 In today’s culture of food-centric television, speaking of ‘food design’ or ‘cocina de autor’ is all the rage. The idea of ‘conscious food’, which is part of that discussion, has begun to penetrate Bolivian society. It is a novel idea in a country that has not paid respect historically to the rights of animals.

This is where Ali Pacha comes in: a restaurant in central La Paz, on Calle Colón near Calle Potosí, that takes its name from an Aymara phrase that means ‘universe of plants’. While restaurants that offer new cuisine are usually found in the southern part of the city, someone thought to bring a new dining experience to the centre of town.

Ali Pacha has a small door. When you're inside, however, it offers a respite from the visual chaos of the city centre. The aesthetics of the place take over your attention: seats made of sacks of rice or flour, exotic liquors, vintage artifacts. You know you are paying for a visual experience as well as a gastronomical one.

You sit down at your table and the waitress asks you what ‘kind of experience’ you want to have. I look at the menu and select the ‘executive menu’ (the cheapest option available), which has three dishes. Shortly thereafter, I am delivered a glass of water, coconut butter and homemade bread to ‘warm the stomach.’

Everything has an eco-friendly look. The restaurant has a very ‘chic’ atmosphere. While I wait for my first dish, I carefully observe the place. The room offers partial views of the kitchen where you can watch interactions between the chefs.

The first dish to come is papaya with something similar to ceviche. The waitress explains in detail how the dish was made and that there is no recipe for it. At Ali Pacha the menu is revamped every two days.

Flavors mingle in my mouth and I like what I feel. Although the food looks small on the plate, it satisfies my palate. At the same time, I wonder if Bolivians could ever become accustomed to such small portions, as we are used to heaping plates of food that nourish our eyes as well as our stomachs.

Then comes the main dish: rice pasta bathed in beet juice with targui flowers. Again, the waitress explains in detail how they made the dish. The flavours invade my mouth and I savour the unique creation.

Finally, the dessert, which is the star of the show: a raspberry sauce with quinoa and vanilla ice cream.

I pay the bill, which is ten times more than a regular lunch at a popular restaurant, but I'm happy and satisfied with the whole experience. 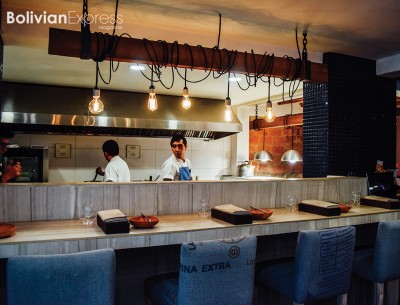