After the silver lining 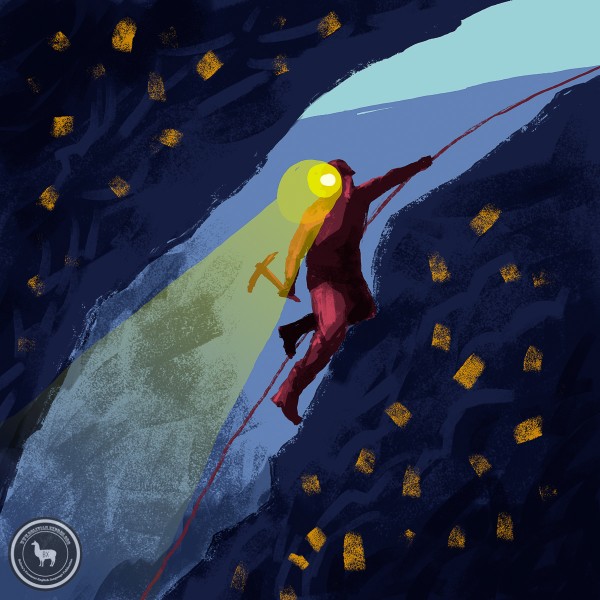 The tension between sustainability and mining in Bolivia

Gutted to the point of near collapse, the once silver-lined entrails of Cerro Rico, emblematic of prosperity in the New World, now pump deadly dust through an untraceable network of tunnels and sinkholes. Succumbing to the reality of colonial decay, the vision of the 'Rich Hill' is one of a sickly, dying mountain; yet it is one that will continue to consume the lives of those who enter, until it is brought to its knees.

With the city of Potosí listed as a UNESCO World Heritage Site in Danger in 2014, the uncontrolled mining operations that are still carried out there, despite serious environmental warnings, make the question of sustainability highly relevant to Bolivian mining. There are plans to fill the collapsing parts of Cerro Rico with concrete and suggestions of directing the mining industry towards tourism. But these ideas are often met with hostility and reservations on the part of miners and unsurprisingly so.

For many miners in Bolivia, mining is what they know and all they have known for generations, dating back to pre-colonial times. However, if mining is to continue providing subsistence for a significant portion of Bolivia's population, measures have to be taken to ensure the longevity and sustainability of the sector.

Daniel Lafuente, a manager at Cumbre del Sajama, a local NGO that supports responsible mining, believes collaboration is necessary to take full advantage of the resources in this land. ‘The State should open options for foreign investment and develop a socially responsible mining that generates significant income for the country,’ he says. Lafuente envisions an industry that allows for independent cooperatives, private companies, foreign investors and the State to work together in a socially and environmentally responsible manner.

In line with this vision, Lafuente believes that the future of mining in Bolivia is highly dependent on the participation of cooperatives. Although cooperatives make up a large portion of the Bolivian mining industry, there are many weaknesses in their structure and organisation. Cumbre del Sajama aims to lend support and management to these groups and collaborate with cooperatives that show a willingness to improve their exploitation of resources in a responsible manner.

‘The idea is to generate a change in mentality – in terms of environmental and social issues, work safety and appropriate economic management,’ Lafuente says. If the cooperative demonstrates a desire to change how it works, then Cumbre del Sajama will invest resources.

‘What you produce is what sustains you.’ Remberto Chávez, FERRECO

Both parties have to invest, however, for change to be achieved, and for many small-scale, artisanal or cooperative mining groups the costs involved prove too much. Currently, Cumbre del Sajama is working with three Bolivian cooperatives and only two of them have demonstrated successful and significant changes. The failures that Cumbre del Sajama has experienced reveal several factors that inhibit the success of their work: the inability of cooperatives to invest in the changes, an attitude of dejadez from the miners and preoccupations with productivity.

While Cerro Rico and the work of Cumbre del Sajama suggest that the situation of Bolivian mining is desperate, mining activity elsewhere proves otherwise. The Andean foothills are home to approximately 1400 gold mining cooperatives affiliated with the Regional Federation of Gold Mining in the department of La Paz (FERRECO). FERRECO’s president, Remberto Chávez, was keen to expand on the measures they have in place to ensure responsible mining in the associated cooperatives. ‘We work legally,’ Chávez said, ‘complying with the requirements imposed through decrees from the Bolivian government and governmental institutions. For sustainable mining, there are many requirements, but the environment and el cuidado de la Madre Tierra are the most important.’

In practice, what FERRECO calls “responsible mining” refers to processes such as filling out-of-use pozos with stone, sand and vegetation; maintaining a specific space for fuel stores; and loading and unloading machines in controlled areas to avoid contaminating the surrounding land. The base camp, where toilets, showers, kitchens, waste and recycling are located is also run under environmental regulations and is kept separate from the filtering of the machines. Everything is done specifically to comply with environmental standards and nothing is released into the river. There are also strict regulations controlling deforestation that require a cooperative to survey a tree before cutting it down. If the tree is mature, local authorities grant the cooperative permission to extract its wood. If it is an endangered species, then the tree is left alone.

Although FERRECO cooperatives work within these environmental parameters, what constitutes sustainability for them remains in the balance between respecting la Madre Tierra and the primary objective of their mining pursuits: sustaining their families. 'What you produce is what sustains you,' said Chávez. If not enough gold is produced to cover the costs of the mine, members of the cooperative have to pay the difference. If the miners can’t earn their daily sustenance after an eight-hour shift, they search for work elsewhere. ‘It is hard work,’ Chávez says. There are risks involved, but this is how they survive: arriesgando la vida. Risking their lives to provide for their family.

On a certain level, there appears an incompatibility between Cumbre del Sajama’s ideology and the reality of the mining federation. While the NGO pursues environmental responsibility that extends beyond legal requirements, it seems that economic necessity is what underlines the work of FERRECO’s cooperatives. The federation is proud to comply with mining law, but the economic hardship and the instability of their work make further environmental concerns a luxury that cannot be afforded. Lafuente professes a future of collaboration in mining, but what Chávez speaks most proudly about is internal unity, describing each cooperative as una familia.

The tension between the NGO’s vision and the way of veteran gold miners exposes but one part of the complexity that is mining in Bolivia. These tensions are a prime example of what happens when issues of environmental preservation have to contend with a population's livelihood and age-old traditions. External attempts to influence change are bound to face resistance. While Cerro Rico's drooping peak shadows a wealth of alternative mining activity, it remains both a warning and a symbol of the state of mining in the country. The question of its sustainability is as complicated as the hidden labyrinth of veins that instil lifeblood into so many Bolivian communities.