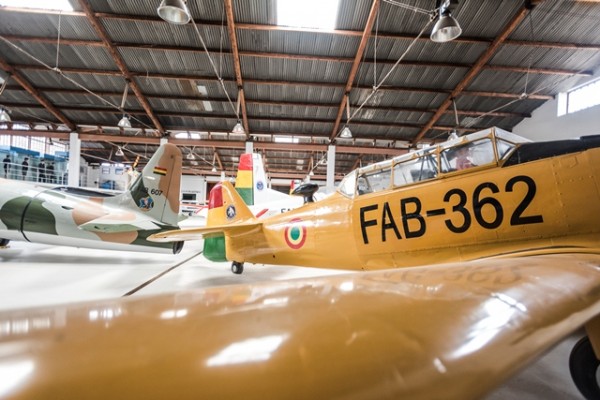 Piecing Together the Haphazard History of Bolivia’s Air Force

I’m speaking with Lt. Col. Heriberto Hermosa at the airfield of the Fuerza Aérea Boliviana, the Bolivian Air Force, just off Avenida Juan Pablo II in El Alto. ‘That is the runway from where the first plane took off in the entirety of Bolivia,’ he says. Without reacting to my intake of breath, he then points in the opposite direction. ‘There we saw seven deaths with the first aeroplane crash,’ he adds.

This month, El Alto will see the opening of its second public museum. The Museo Aeroespacial, situated within the Bolivian Air Force base itself, features 20 aeroplanes and three helicopters operated by the military between 1942 and 2007. The machines are housed within two sizeable hangars, constructed in 1920 and 1926 respectively, and outside on the airfield. The oldest plane on display is from 1920, a Boeing-Stearman PT-17 biplane. Originally painted a crimson red, it was changed to yellow and blue at some point during its career.

Also on display is a scale reconstruction of the Bolivia-Paraguay front-line during the Chaco War (1932–1935), in which the two countries fought for control of the northern Gran Chaco region, the scorched flatlands southwest of present-day Bolivia which were thought to be rich in oil (they weren’t). In the exhibit, mannequins hold authentic firearms from the time of the conflict. 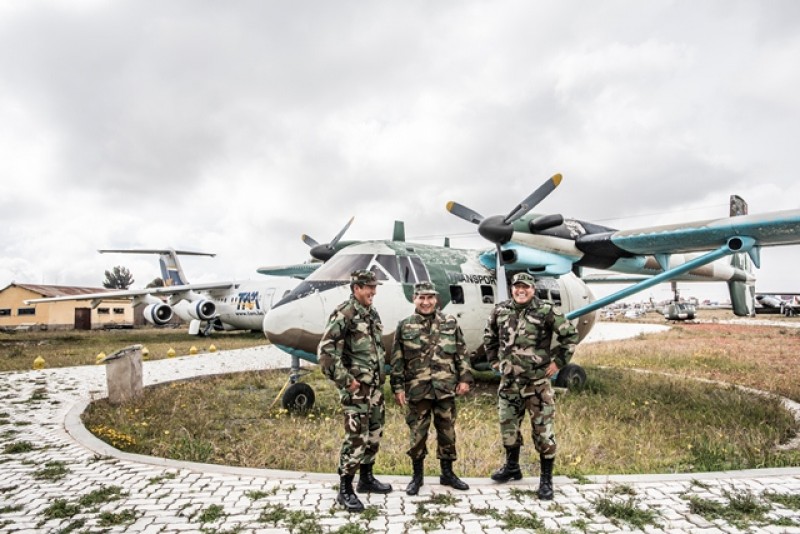 Of the numerous photos and portraits of aviators which are displayed in the one hangar, Amalia Villa de la Tapia (1893–1994) is the only female. De la Tapia was the first Bolivian woman to obtain a pilot’s license, which she gained in 1922 after completing a year of aviation training. Despite her abilities, however, her gender and the country’s patriarchal attitudes towards the ‘weaker sex’ prevented her from participating in the Chaco War.

The museum shows in depth the different types of planes from the past and present of the Bolivian Air Force, which include reconnaissance aeroplanes equipped with cameras and various types of sensors, experimental vehicles designed to test out new aerodynamic and structural principles, and military transports for both troops and equipment.

There are also three flight simulators that visitors can use to test their flying abilities, one of which demonstrates the difficulty lifting off from El Alto’s altitudinally intense runway, battling against the unpredictable sheer force of the altiplano’s strong winds. ‘Our own pilots have used this particular simulator,’ says Lieutenant Colonel Hermosa, showing me what seems to be a simple painted wooden box.

Turning away from history and back to the present, the Bolivian Air Force currently has two reconnaissance planes in service, 11 planes primarily for transport, 21 working helicopters, and 42 trainer aircraft.