Adventuring in the Amazon 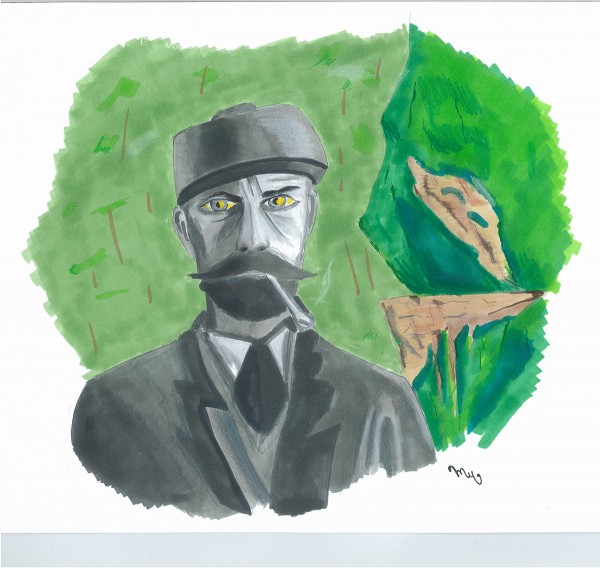 The Curious Case of Colonel Fawcett and His Search for Z

Often referred to as a real-life Indiana Jones, Percy Harrison Fawcett was no stranger to mystery and adventure. Born in Torquay, England, Fawcett spent his early life and career serving in the British Army as a surveyor, cartographer and spy. As word of his skill as an explorer spread, he was commissioned in 1906 by the Royal Geographical Society to map and establish the boundaries of the previously uncharted regions of Bolivia and Brazil. Thus began his nearly twenty-year-long tempestuous love affair with the wilds of South America.

During his time in South America, Fawcett was quickly drawn into the world of spiritualism and the occult. Especially after learning of Machu Pichu and other Inca sites in Peru, he became increasingly convinced of the existence of a mythical city, which he termed “Z”, hidden deep within the Brazilian Matto Grosso. In 1925, despite having failed twice due to the highly unfavorable conditions of the area, Percy Fawcett set out to find Z once more, this time with his son Jack and his friend, Raleigh. After his final dispatch, sent on May 29, 1925, nothing more was ever heard from Fawcett or his team. Eventually, in 1927, he was officially declared missing.

In the years that followed Fawcett’s disappearance, a total of thirteen rescue missions were launched in an attempt to decipher his fate. Much to the dismay of those embarking on the search, however, nearly all his notes, maps and coordinates were written in code. Also, it was later thought that perhaps Fawcett’s own family purposely concealed pertinent information in an effort to preserve his reputation and image. It is not surprising, then, that all efforts to uncover the truth have been mostly inconclusive.

Yet the search for Fawcett began to attract a wide range of theories and speculation as to his fate. Distraught by the loss of her husband, Fawcett’s wife conducted a telepathic search to find him. During the time following his disappearance, she enlisted in the help of several mediums, including Geraldine Cummins, who went on to publish her exposé, The Fate of Colonel Fawcett. Though never officially supported by the family, Fawcett’s story was quickly picked up by many spiritualists and occultists who believed that he had in fact discovered the lost city of Z and was living there comfortably. Some even went so far as to say that he had stumbled upon a portal to an alternate dimension. Others claimed that, having been celebrated for his ability to form peaceful relationships with indigenous people, Fawcett had no intention of ever returning to Britain and instead assimilated into their society. A few individuals believed he was lured into a cult by some sort of spirit guide and joined a secret community in the jungle. Some fervently maintained that Fawcett simply succumbed to the hostile terrain and its many unique dangers during his search for Z.

Though the fate of the legendary Percy Harrison Fawcett is uncertain, it is clear that his story has inspired a number of literary explorations, real expeditions and creative projects. Some of these include Sir Arthur Conan Doyle’s The Lost World, and W. E. John’s The Cruise of the Condor. Most recently, American author and journalist David Grann attempted to analyze Fawcett’s records and retrace his infamous last journey. He eventually added his own account, The Lost City of Z, to the ever-growing pile of spin offs. Each of these works has unveiled a small clue into the mystery of Colonel Fawcett and his quest for Z.

While it is unlikely that anyone will be able to follow his exact footsteps through the Matto Grosso, there is a way to satiate the thirst for a Percy Fawcett-esque adventure. The Mapiri Trail, which was used by Fawcett in 1906 as he trekked his way to the Amazon, follows a strenuous and demanding path from Sorata to Mapiri. It usually takes at least seven or eight days to complete. Starting in the Andean grasslands, the trek is relatively easier in the beginning as there is a partially cleared path and access to clean drinking water. But don’t be fooled, the trail soon takes a turn towards the Yungas cloud forest:  a dense, dark thicket of vastly overgrown vegetation that can only be penetrated with the help of a machete.

According to Alexander Von Ungern, a seasoned veteran of the Mapiri Trail and trekking guide from travel company Andes 2 Amazonas, ‘You can plan all you want. You can come with the best boots you have – they will get wet. Your clothes will get soaked. You will get scratched in the face. You will get bruises. Only a small percentage of the time you’ll be walking on two legs, the rest of the time you’ll almost always be using your hands as well.’ Only 20 to 50 people attempt the trail each year. As Von Ungern explains, this trek is not for fair-weather hikers, but the feeling of accomplishment after having mastered it is truly worth it. And who knows? You might just get lucky and spot a little something glinting through the vegetation along the way.

Interested in seeing the Mapiri Trail for yourself? Contact Alexander Von Ungern at info@andes2amazonas.com for more information.