A Town without Time 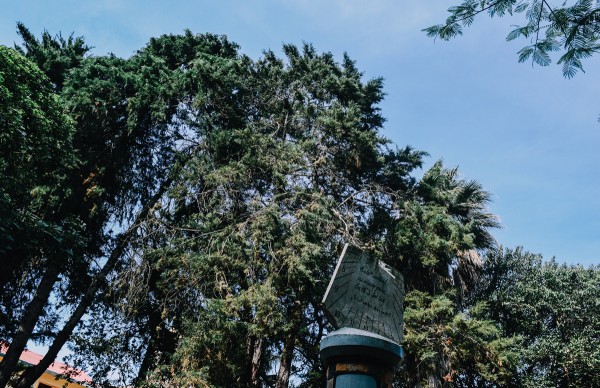 Samaipata is a town without time. It has a square with enormous sagging willow trees, held upright by jagged, erect palms. A sundial without any shadows. Adobe houses and cobblestones streets. Children on tricycles. Waterfalls. Ruins. It is a town of songs and poems unwritten.

To follow a small, dusty mountain road 125 km east from Santa Cruz is to lean backwards softly into history. It is a three-hour ride from the city, through a hot and humid pocket of southeast Bolivia. Samaipata offers an escape from the fearsome doldrums of alarm clocks, schedules, and any sense of timeliness whatsoever.

We arrive past lunch, at 2:04 PM. All the doors in town are closed and the streets are silent, save for the chirping of birds in heat. The plaza is empty except for a shoeless, slide guitar-strumming Argentine man named Rico. No taxis, no need to go anywhere.

In the afternoon, the pre-and-post-siesta slumber lingers. You get the ain’t-nothin-gonna-happen-here-for-a-long-time feeling and it makes you smile. So you take off your shoes and hope for a long and sunny life.

The mud bricks melt in this infernal heat. I wonder where everyone has gone; I wonder, too, when the restaurants will open again. I look around for advertised hours and conclude that on a day like today, an inconspicuous Tuesday, they should be open. But they aren’t. I don’t hold it against them.

Then I realize: they’re resting, just like I am. Of course, once you’ve missed lunch, you’ve missed the whole day. And dinner can’t make up for it. Especially not here. Especially not now, in the summer. For some reason, it’s not high season, but it’s not low season either. Some travelers blow through, as they have for years. Every hostel offers camping. Most bed-and-breakfasts have shady porches. All that’s missing is the limonada.

Samaipata offers much, and asks for very little. In Quechua, the name means an elevated place of rest (samay: to rest; pata: elevated place). The town neighbors a wealth of natural beauty and boasts history and diversity at its center. Cobblestone streets and colonial houses stretch out in four directions from the main square. 4,500 people live here, most of whom are of mixed Spanish and Guaraní descent. Others have Arab, Croatian, or Italian heritage.

By taxi, some 30 minutes outside the city, one can find a majestic family of three waterfalls nestled inside the Las Cuevas ecological center. It takes plenty of trail-walking and stair-climbing, but the third and biggest waterfall becomes a mighty fine lagoon of river water que vale la pena for only 15 Bolivianos.

Not far, lie the ruins known as El Fuerte, which are not the remains of an ancient fort. Instead, they are the ruins of a ritualistic site of the pre-Incan Chané people. Most of the buildings on the historical walking tour were made by the Chané, but others are of Spanish and Incan times. Surrounding the weathered structures are curvy trails through thick foliage and magnificent mountain vistas. Along the way I get lost in an ancient labyrinth, and I shout from a mountaintop into an echoing abyss. Fun.

Upon return to my shire-like hostel, I meet a fleet of international backpackers who have nothing to do but rest in this tranquil town. We are from all across the world: ten countries in total. At least half of us are from South America. We laugh, drink and dance around the fire, sharing jug after jug of caipirinha. By the third jug, we’re shouting the names of our countries, just to keep the count straight.

None of us has ever seen a town like this. Friendly, green, smiling. We sing songs about growing old and wonder where the time has gone. Where did it begin? Probably like this, many years ago, when someone wanted to make sure they had enough firewood before the sun set.

Morning begins a good while later. A calm and mighty sun dumps heat on everything. I must return to Santa Cruz, the land of designer clothing and white-uniformed plaza-coffee vendors. Subsequently, after a hellish 19-hour bus ride, I reach La Paz, the land of altitude sickness, strong breeze and strong personalities.

I briefly considered spending the rest of my life in Samaipata. Then again, did I ever leave? Time, you and and all your bad moods, leave me alone and forget about me. 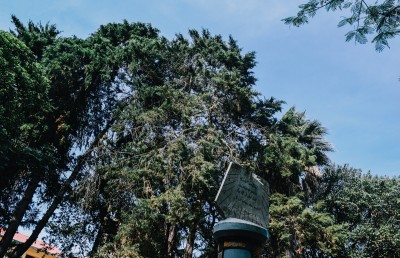