A Slice of Naples in La Paz 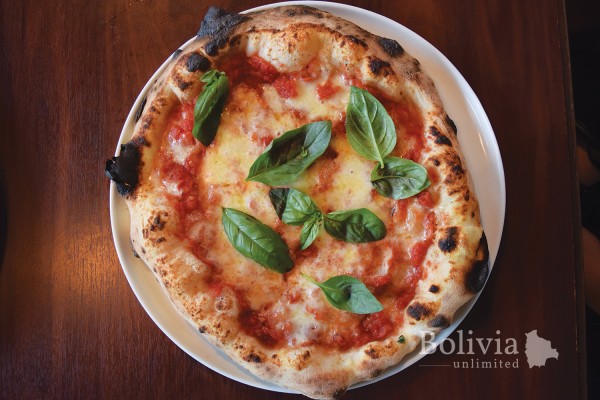 This year, the Big 7 Travel website ranked the pizza at La Paz’s Imilla Alzada the sixth best in South America, making it arguably Bolivia’s best. It is one of three establishments opened by Sukko Stach, who previously owned a wine bar, Hay Pan, and the Antigua Miami café, both of which he sold. The pizzeria has been open for six months now and has seen a steady increase in customer footfall as word continues to spread about its tasty slices.

Stach was seeking a means of selling his craft beer when he met Teddy Tantani, a professional baker since the age of 14 and gastronomy student at the Instituto Tecnológico de la Integración Boliviana. Stach stumbled upon the perfect location for a restaurant in Cota Cota in the south of La Paz and was inspired to open an eatery that doubles as both pizzeria and microbrewery. Everything on the menu has been fermented, including the pizza dough, beer, cider and wine. ‘Imilla’ is an Aymara word that translates as ‘girl’, while ‘alzada’ means ‘raised’ in Spanish. The name speaks to the yeast that is used in creating all of the items on the menu.

The dough-making process begins with the masa madre; a mixture of flour and water. No further yeast is added as it already exists naturally in the flour and air. Tantani takes care of the masa madre, allowing it to ferment for 72 hours before topping it with high quality ingredients from La Paz’s popular Rodriguez Market and EcoTambo organic farmer’s market. The cheese is sourced from elsewhere in the country, namely the municipality of San Javier, to the north of Santa Cruz. The pizza slides into a wood-fired oven at more than 400 degrees Celsius. At such a blistering temperature, it cooks in little over a minute, giving it a crispy crust and a soft centre. With their tangy home-made tomato sauce, the pizzas match up to the very finest on the streets of Naples. Stach’s personal favourite is the ‘Pizza de tomate’, which is topped with three types of tomato, as well as garlic and oregano. The menu features classic combinations such as tomato, cheese and basil, as well as more unusual options such as pesto, ricotta and zucchini.

One thing the owner prides himself on is the diverse clientele the restaurant attracts. It initially drew in a younger crowd keen on sampling the beer, but families are now coming with young children and grandparents. ‘I think the nice thing about Imilla Alzada is the diversity of the people it attracts,’ said Stach. The restaurant is always trying to improve its menu by sampling new products and testing new combinations of ingredients. ‘In the future, we would like to have a better relationship with our suppliers so we can offer even better producem,’ the owner went on to say.

Each year Bolivians are drinking more and more cider, particularly at celebrations such as weddings and New Year’s Eve. Stach is already producing small amounts of cider from apples grown in Cochabamba: ‘I think we’ll manage to sell 1,000 litres [this year].’ Looking to the future, he hopes to buy land in Tarija to grow different types of apples and begin producing on a larger scale. Cider has greater potential in Bolivia as it can be made from 100 percent local ingredients, unlike those in beer which have to be imported. Stach anticipates that production will double every year and is hopeful that in seven years time, he will ‘offer high-quality ciders in Bolivia that are known all over the world.’ 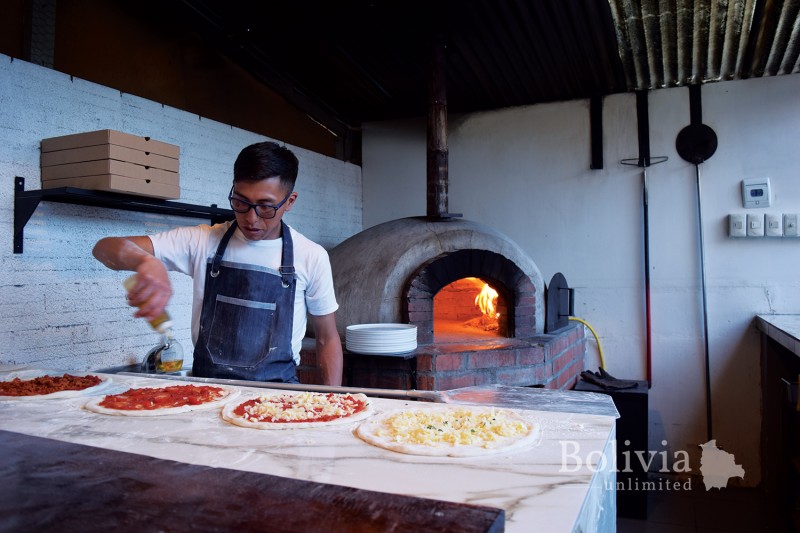 'This place proves why La Paz is such an incredible foodie destination. Imilla Alzada consistently serves amazing, Neapolitan-style pizza with a modern twist. Think sliced cucumbers, homemade pesto and silky cheese. They also have a great range of craft beer – perfect for washing down that dough.'  - Big 7 travel