A Refuge for Bolivia’s Mistreated Wildlife 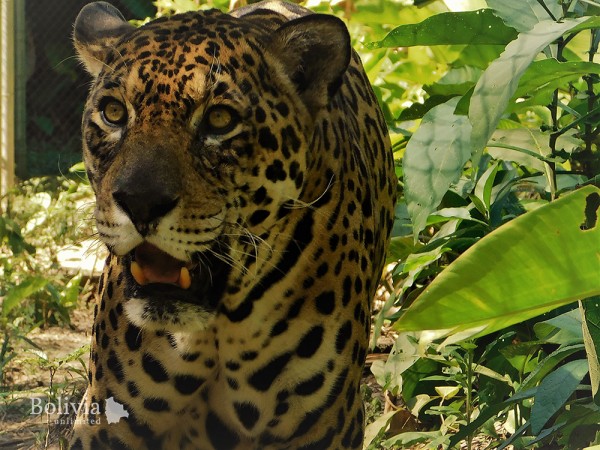 In July 2018, a beautiful jaguar called Juancho died of old age under the care of the Comunidad Inti Wara Yassi. His life had started out particularly rough. His legs had been broken in an accident as a baby and hadn’t fused back together properly. This meant that the zoo he was held in, in Santa Cruz, decided it best not to show him to the public, but instead keep him in a two-metre-square concrete enclosure. Not only that, the staff at the zoo regularly cleaned the space with fire. After an accident one day, Juancho was injured, blinded by the flames. Soon after that tragic event, he was rescued by the Comunidad Inti Wara Yassi.

The Comunidad Inti Wara Yassi looks after many wild Bolivian animals, including a rhea named Matt Damon and fierce jaguars and pumas, all of whom are victims of the illegal wildlife trade. Inti Wara Yassi was founded in 1992 by a group of Bolivian volunteers who worked with limited resources, mainly focusing on improving the social development of impoverished children from El Alto. Over time, the group’s main mission evolved into raising awareness about the issues of protecting biodiversity in Bolivia. Inti Wara Yassi now has three animal-rescue refuges in the county: Parque Machia, in Villa Tunari near Cochabamba; Parque Ambue Ari, in the Santa Cruz Department; and Parque Jacj Cuisi, near Rurrenabaque in the La Paz department.

In Parque Ambue Ari, Inti Wara Yassi cares for a troupe of four howler monkeys – two brothers, Lucho and Luis; two females, Bruna and Sabrina – and another male, the lonely Biton, who, due to his aggressive nature, must be kept separate from the others. The monkeys are all former pets who were physically and mentally abused. They lacked socialisation, making them unlikely to ever be able to roam the wild freely again. They were taken from their natural environment during their childhood, and they don’t possess the skills necessary to survive in the wild, including the ability to defend their territory or to attract mates.

Critically, these animals have also lost their fear of humans. Ironically, given that humans have destroyed their ability to live in the wild, these howlers see people as ‘safe’ because of their unfortunate childhoods as pets. ‘Luis, especially, regularly pesters for cuddles,’ bemoans Bella, an Inti Wara Yassi volunteer. If the animals would be reintroduced into the wild, they’d likely be attracted to nearby human communities and be at high risk of recapture. This is especially evident with Biton the recluse, who regularly goes rogue on his walks and leaves the forest for human camps when he can.

Whilst the social effects of pethood are bad for the animals, the developmental effects are even more critical. Although the trope of a monkey eating a banana is near universal, bananas are rather fatty. Because captive monkeys are usually overfed with bananas and other unhealthy foods, most of the rescued animals at Inti Wara Yassi arrive with weight issues, either overweight from to inactivity or horrifically malnourished because they are incapable of digesting the food they were fed.

The twin howler brothers, Lucho and Luis, exhibit the neglect they once suffered from. Before they were adopted by Inti Wara Yassi, they lived as pets in Santa Cruz. They were rescued from their owners at different times – Lucho much earlier than Luis. Consequently, whilst Lucho has grown into an impressive, bulked-out, alpha-male howler monkey, Luis is much spindlier and timid. This is due to Luis’s lengthier captivity and diet of sugary fruit-juice packets, which has had disastrous consequences for his health. He suffers from gastrointestinal problems and underdeveloped bones. Sadly, Luis’s story is not uncommon. Pet monkeys are often discarded once they reach adulthood, when they’re no longer cute and cuddly. And after going through adolescence with an extremely poor diet, their bodies are poorly developed and they are incapable of fending for themselves in the wild.

Consequently, the staff at Inti Wara Yassi are only able to reintroduce howler monkeys to the wild if they can be integrated into a well-socialised, interdependent troupe. This reintroduction mostly occurs at the organisation’s Parque Ambue Ari location, in the north of the Santa Cruz department, where Inti Wara Yassi owns the land (thanks in part to a collaboration between the refuge and Jonathan Cassidy, the owner of the British travel company Quest Overseas).

The staff at Parque Ambue Ari work hard to ensure that the animals in their care have the best quality of life possible. Big cats are taken for extensive walks in their natural habitat by trained volunteers, two of them attached to ropes that secure the animal and a third for backup. Meanwhile, the howler monkeys have successfully rediscovered how to move through the trees, thanks to the tireless work of volunteers trying to discourage them from walking along the ground, a behaviour they had learned whilst in captivity.

Enrichment programmes are also used to enhance the quality of life. Because captive animals are starved of environmental stimulation, yet retain a lot of their natural instincts, they often become trapped in a cycle of negative behaviours leading to a downward spiral towards aggression. The aim of enrichment therefore is to increase the number of wild behaviours the animals can carry out in spite of the unnatural environment.

‘Ambue Ari has to be very careful with the enrichment activities it choses, as different cats will react wildly differently,’ says volunteer coordinator Amy Rogers. For example, a common enrichment method is to wrap food in leaves and then placing it in difficult-to-reach areas around the cat’s enclosure. Whilst some cats may relish the opportunity to search for food around their enclosure, others that are more possessive of their food find the experience very stressful.

Inti Wara Yassi must also fundraise to keep the animals in its care safe. The food and medication necessary for the lifetime of a single howler monkey can run up to US$7,000. And the refuge’s infrastructure costs even more. Rupi, one of the jaguars, received a new US$25,000 enclosure after he outgrew his old one. The funds were raised through a broad fundraising network, which includes the UK-registered Friends of Inti Wara Yassi charity, as well as contributions from the refuge’s largely European volunteers. 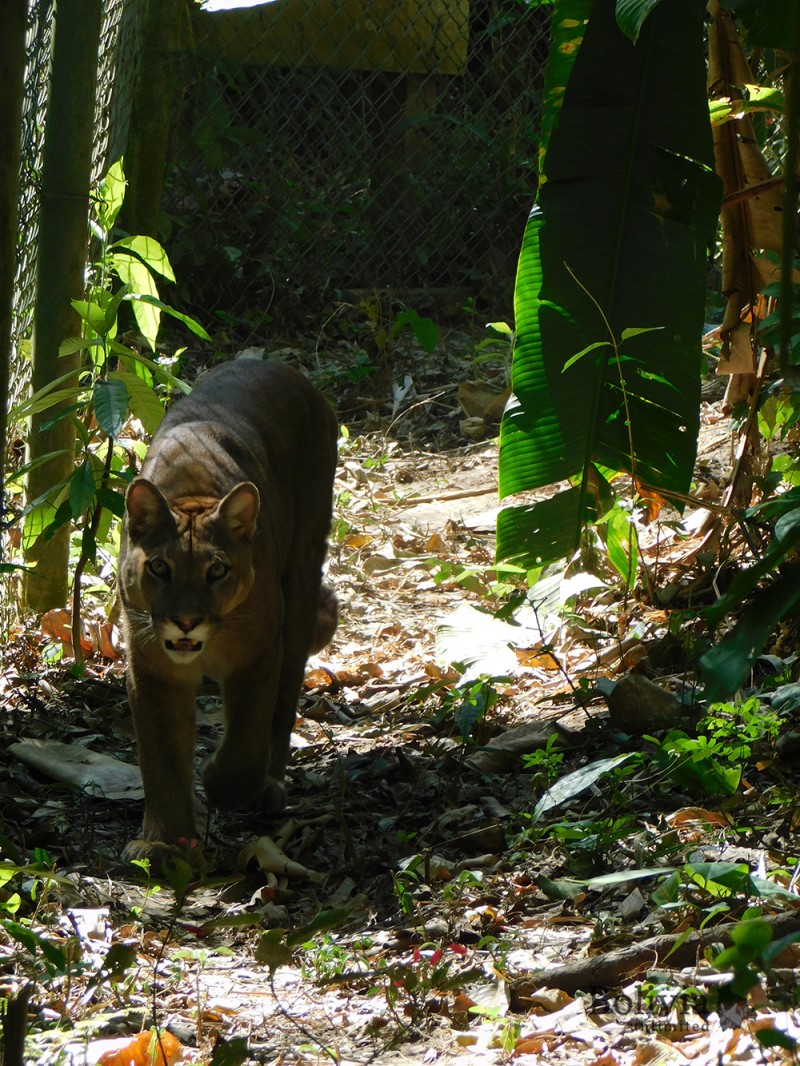 Underfunding and lack of resources means we will likely never know the true extent of the damage from animal trafficking until it is too late.

Lack of funds and a general ambivalence to the issue are common obstacles for wildlife-rescue organisations. The Bolivian government has its own law-enforcement agency, POFOMA, that is tasked with the confiscation of illegal wildlife from pet markets and people’s homes. However, the agency is chronically underfunded and under-resourced. And even once POFOMA rescues an animal, the agency is challenged with finding an appropriate refuge. Wildlife refuges across the country are increasingly overcrowded and underfunded. Recently, Inti Wara Yassi’s Parque Machia location lost space to a new highway-construction project nearby, which limited its available land for wildlife.

Parque Ambue Ari has the opposite problem. The 800-hectare sanctuary is so large that it’s difficult to patrol. It’s also at risk for forest fires, due to local farmers regularly setting fire to their tinder-dry farmland during the dry season. The fires pose a serious risk to the park and are increasing in size because of climate change.

Furthermore, a recent court case in Santa Cruz highlights the ambivalence held by the authorities towards wildlife trafficking. Two Chinese traffickers were apprehended whilst trying to sell the body parts of 60 jaguars on the black market, but the case didn’t go to trial – the judge skipped out to take a university course instead.

But there are some positive developments too: The number of wild animals kept as pets has decreased lately, the result of an educational programme – although a lack of accurate statistics makes the picture of the whole situation very murky. And therein lies another daunting problem: When it comes to animals being seized for the global black market, underfunding and lack of resources means we will likely never know the true extent of the damage until it is too late. 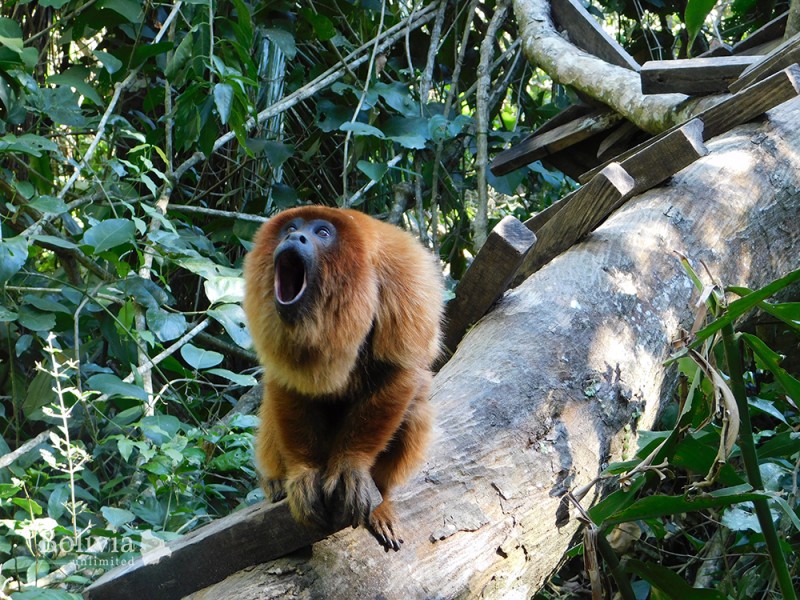