A New German Partner for Bolivia 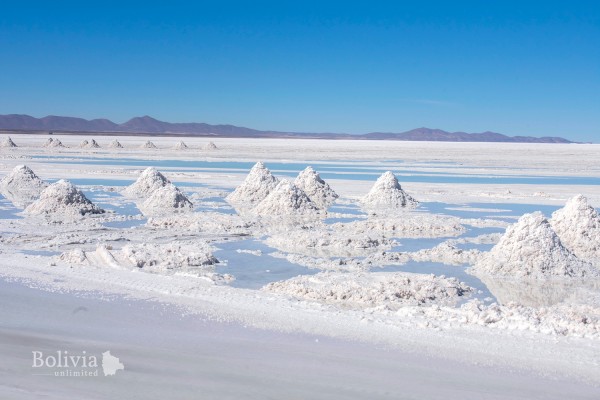 The ongoing quest for a lithium-fueled future

German company ACI-Systems GmbH has invested in Bolivia’s lithium processing industry with hopes to cash in on the electric car boom. Bolivia’s decision to partner with the foreign firm has raised doubts about whether the company can live up to its promises, along with concerns surrounding the environmental impact of extracting from the world’s largest salt flat.

The nationalised Bolivian State Lithium Company (YLB) chose ACI-Systems to develop the industry in April of this year, turning down offers made by investors from China, Canada and Russia, who were also interested in the reserves. The $1.3 billion investment will allow Bolivia to process lithium brine from the Salar de Uyuni and manufacture electric car batteries for European markets.

At least two subsidiaries of YLB came together with ACI-Systems to form a joint venture, in which the national company will maintain a 51% stake, thereby keeping majority control.

According to Juan Carlos Montenegro, the head of the Bolivian state owned company, ACI-Systems will produce lithium batteries in Bolivia as soon as 2020, with a projected $1 billion a year in net profits. The plant is slated to initially produce 5,000 metric tons annually with future plans to scale up production.

The $1.3 billion investment will allow Bolivia to process lithium brine from the Salar de Uyuni and manufacture electric car batteries for European markets.

This isn’t the first time a lithium development project has been undertaken by a German company in Bolivia. The German firm K-UTEC Ag Salt Technologies operated a lithium carbonate pilot project in Uyuni from 2015 to 2017. Still, compared to neighbouring countries like Argentina and Chile, Bolivian lithium development has been slow. In over nine years of extraction, Bolivia’s operation has only managed to produce 10 tons of lithium monthly. The new partnership will substantially increase production capabilities and propel national economic development.

Juan Carlos Zuleta, a Bolivian lithium analyst, argues that Germany might not be the best partner. Zuleta argues that Germany lacks the technology to allow Bolivia to profit from its lithium reserves. ‘It neither constitutes the most competitive country in the production and sale of electric vehicles,’ he says, ‘nor is it the best potential partner for Bolivia to develop its energy lithium value chain.’ As Zuleta notes, ACI-Systems has no previous experience in mining projects of this calibre or in manufacturing lithium cathode batteries. He cites the company’s lack of international recognition, along with doubts about the profitability of the German market, as reasons to question the partnership’s potential to create economic growth in Bolivia.

Yet, in a statement made to Americas Quarterly, ACI-Systems says that the Bolivian government never intended to find a company that was in the biggest markets. Instead, it was aiming to fill the gaps in its current value creation capabilities. The company promises to bring much needed infrastructure, including technology and job training.

The investment, while allowing for technological development, will also bring in 1,200 direct jobs to the country. If the deal lives up to its lofty promises, thousands of indirect jobs could also result from the increased lithium production.

While electric cars running on lithium batteries are an environmentally-friendly alternative to gasoline and diesel engine vehicles, the process of producing the batteries themselves isn’t as green. Increased extraction from the pristine white flats will require vehicle traffic and a reliance on local water supplies as the process relies on evaporating water from the brine. Although the plant will not use local drinking water, its operation will require tapping into nearby source-water. In its statement to Americas Quarterly, however, ACI-Systems spoke up for the Bolivian government, emphasising their commitment to extract the resource in an environmentally-friendly manner.

A local lithium analyst argues that Germany might not be the best partner.

As the Bolivian government and the German company try to ease concerns surrounding the potential for environmental degradation, Indigenous communities situated in parts of Bolivia, Chile and Argentina known as the ‘lithium triangle’, worry. But objections to salt brine developments aren’t new, with the Washington Post reporting in 2016 one protester’s statement: ‘We don’t eat batteries.’

With production ramping up, the environmental impact of mining the salt flats could be ignored. Following the lithium and electric car industry boom, desired jobs are expected to move into the area which may offset environmental concerns. As the lithium industry moves into Uyuni, only time will tell whether the German-Bolivian coupling will be fruitful.