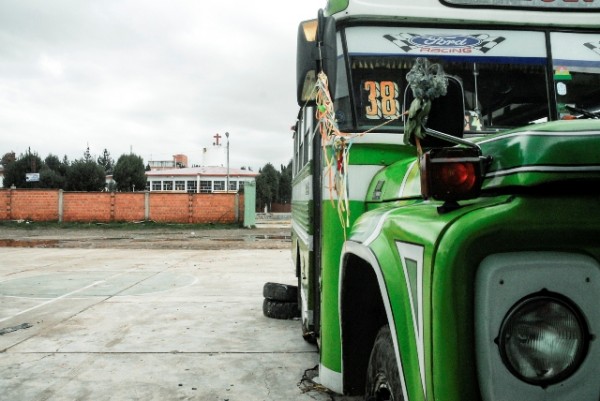 Uber's Introduction to La Paz is turning. . . not that many heads

It would be rare for one to not have heard of it. Founded in March 2009, UberCab, as it was then known, quickly expanded in its birth country of the United States and gave way to a new kind of easy and safe transport. Riders could now use a smartphone app to hail a ride, and pay too. Later renamed Uber, the transportation app has subsequently planted its roots all over the world. La Paz isn't the first city of Bolivia to be introduced to it – Santa Cruz's Uber fleet has been plying that city’s streets since November of last year. Now a month old in La Paz, it seemed time that I gave it a try here. It was easy enough, as many drivers in La Paz had adopted the new system. The car that picked me up was clean and well-kept, the driver courteous, and there were no problems with payment. What's more, my ride actually turned out to be cheaper than the city’s traditional taxi service. The idea seems simple and spotless.

Of course, no company this massive can flourish throughout the globe this quickly without some pushback. Theoretically, Uber possesses the power to damage La Paz’s venerable taxi fleet. In the United States, this problem didn’t seem so toxic (at first – the company is now knee-deep in allegations of unfair business practices and technological skullduggery), but in other countries where Uber has made its mark, local taxi populations are incensed. In 2014, when Uber was introduced to the streets of Paris, that city’s drivers took a stand, coming out in force to block the streets of the French capital and postponing the company’s arrival.

After years of tumultuous success, Uber has faced more competition in the form of an ad-hoc alliance among Ola Cabs in India, Lyft in the United States, and Didi Kuaidi in China. Together, these companies have acted as a check to Uber’s meteoric growth. But Uber wasn’t about to stop. . . In 2016, it expanded into South America, moving into Buenos Aires despite strong protests from the taxi firms in that city, and then, in early 2017, Uber came to La Paz.

‘It’s my first week on the job and it’s good,’ says Enrique, an Uber driver new to the trade. ‘There were a couple of clients who cancelled at the last minute, but after that it was pretty simple.' Enrique’s car is nicer than many of the city’s traditional cabs (Uber has strict rules on cleanliness and how new a car must be). 'For me, Uber is just safer, too, because it’s all done on the app,' Enrique says. He’s right: I felt much more secure getting an Uber than I have when hailing some of the other taxis around the city. 'I think it might take time,’ Enrique tells me, ‘but Uber will have an impact because we’re just advancing with technology and all that stuff.’

There have been hiccups, though, in Uber’s expansion. In late February, the city imposed fines on and confiscated registration plates from five Uber drivers, deeming the service ‘illegal in the city of La Paz’. However, just days later, the municipal government held talks with the company, finally allowing it to operate in the city. This quick turnaround left many people confused, but it continues to operate for now. Most drivers I’ve spoken to suggest they don’t feel threatened by the ride-sharing behemoth from the north. 'I have heard about it coming here, yes,’ says a driver from a private taxi company when asked about his opinion on the transport giant. ‘Honestly, I'm not well informed about Uber,’ he says. ‘I know it works through a cell phone, but that's about it. I think it's giving us an opportunity to improve our company more than anything else.’

There are some people who might have had a stronger opinion on Uber: members of the various sindicatos in La Paz and El Alto that have traditionally controlled the taxi industry.  Bolivian Express visited one of the members of the sindicato, Pedro Domingo Murillo, to get his take on what could be big competition for them. ‘We have micro buses, minibuses, trufis, taxis – so it’s running all the time, we are always busy. I don’t think Uber will affect us that much, because really it seems to be more for private vehicles, sort of for particular people,’ says Manuel, the secretary of the sindicato. He’s even installed the app on his own smartphone – as a driver. However, he continues to defend his sindicato and the benefits of working with one. ‘I work with the trufis, and I’m on from seven in the morning until midnight. We have steady working hours, unlike Uber. . . which is why I only work with Uber on Saturdays and Sundays. It isn’t a stable job.’ 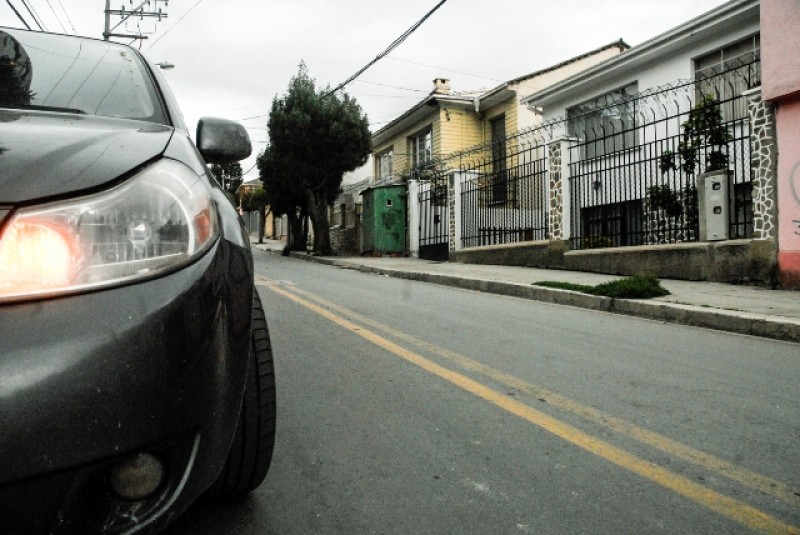 Far from what would normally happen when Uber comes to a city, both radio and street cab drivers are relatively unalarmed. But, judging from Uber’s history in other markets, perhaps they should be. Three years after Uber started operations in San Francisco, Time magazine reported that Uber had ‘pretty much destroyed regular taxis’ in that city. So the question is: will La Paz’s transport industry suffer the same fate? In most cities, people were reluctant to move over to the Uber model at first. But both customers and drivers find the Uber model to be easier and more secure, and if so many people here in La Paz seem unperturbed by its presence, perhaps Uber will grow more quickly than in other markets. It will be interesting to see if any protests regarding the transport giant crop up in the coming months.

Uber is available for download on the App Store and Google Play.