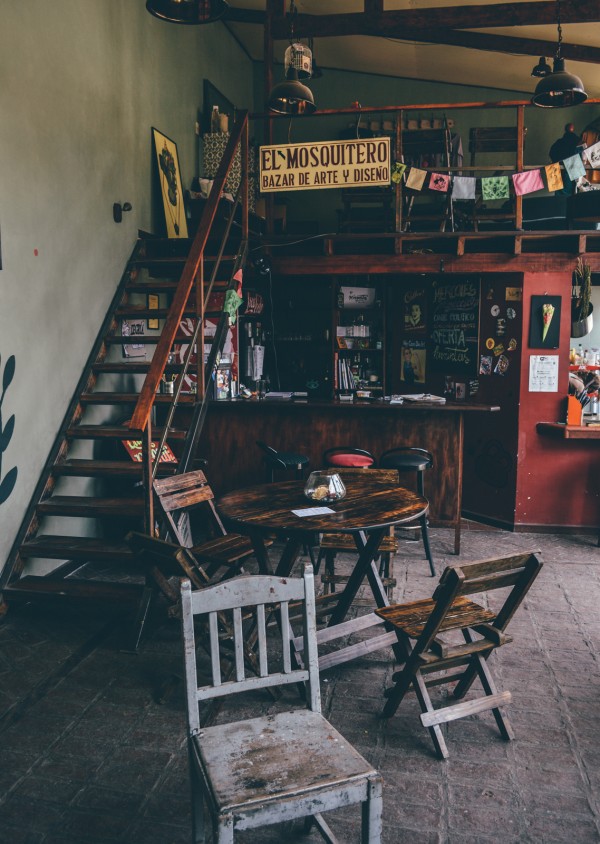 Putting theatre on the map of Bolivian culture

Diego Aramburo, director and founder of Kiknteatr, is dressed head to toe in black, with a solitary but striking white streak in his ebony hair. As we talk over fruit juice in Alexander Coffee, Diego tells me that, despite the extensive period he spent working internationally, he sees himself as ‘an artist of Bolivia’. Indeed, Diego has been labelled one of Bolivia’s most influential artists by the national press and has won El Premio Nacional de Teatro on multiple occasions. It’s easy to see why: he is a man whose knowledge about theatre seems all-encompassing and whose creativity is apparent even in casual conversation.

Kiknteatr is a Bolivia-born artistic collective that perform their own brand of contemporary theatre both here and internationally. As we survey their influences, Diego moves rapidly from Derrida and de-constructivism to chaos theory and Andean architecture. One concept strikes me as particularly relevant not just to his plays, but to the state of Bolivian theatre in general: Félix Guatarri's conception of carencia (lack) as something positive, as a cause for action. This, it seems, is a defining feature of Bolivia’s current theatre scene.

At the moment, theatre in Bolivia just isn’t part of what Diego calls ‘a citizen’s education’. In other Latin American countries, like Argentina and Chile, theater is an essential cultural artform that exists at popular and fringe levels. In Bolivia, however, ‘popular theatre’ exists only in the form of rarely used decadent buildings, scattered across the biggest cities in the country. The scene is almost entirely dominated by a handful of grassroots theatre companies. It was only with the rise of the revolutionary Sucre-based group, Teatro de los Andes, in the 90s, that people started to view acting as a legitimate profession. But to this day there is barely any formal training available. None of the artists I spoke to had a theatre degree.

Because of this, Bolivia has developed an incredibly liberal environment for theatre arts, in which artists are free to perform without being held to an objective standard. However, Diego advises, 'If you don't make up your own rules, you can end up doing nothing.' It takes initiative and grit to get anywhere in this cultural no-man’s-land, where it can seem that ‘everything is against you’.

The intimate scale of Bolivian plays and the audience’s proximity to the cast is ideal for the small and committed crowd that regularly goes to the theater, but it is less than ideal for the people involved in the production. According to Diego, Bolivia’s theatrical community is endogámica, or incestuous: there are so few people involved that it has become something of a cooperative and a lot of work ends up being voluntary.

Unifying this tiny artistic community is not as easy as one would imagine. Last year, the Premio Nacional downsized to a controversial degree, leaving around 10 groups to share a performing space for very little time, and with very little funding. 'We protested and they told us there was nothing we could do about it,’ said Claudia Eid, who has been acting for 20 years and is the founder of the theatre group El Masticadero. There was a choice between resisting and obeying the authorities and the group divided.

‘If you don't make up your own rules, you can end up doing nothing' - Diego Aramburo

This highlights the need for greater government funding to support Bolivian artists. It also highlights the value of organisations such as Cochabamba’s mARTadero, where Claudia performed her most recent play, Princesas, which is an improvised critique of the ‘social construction of the woman’. mARTadero is a cultural space with seven areas devoted to different art forms that receives government funding only for specific projects As evidenced by colourful murals that surround the space and the phrase ‘Tu boca convoca a mejorar nuestra calle’ (your mouth calls to improve our street) , which is scrawled in duct tape across the office walls, inciting change through art is as important for the center as art itself.

Soledad Ardaya, who coordinates mARTadero’s theatre program, started acting in 1997. As she shows me around the courtyard and performance spaces, she explains that the organisation is home to the artists who run it and that it revolves around the ‘basic principles of integration and social interaction’. Although Soledad agrees that a desire for change always seeps into Bolivian theatre, she thinks it does so ‘as reflection rather than as a message’. For Diego, a strong political conscience is inherent in all Latin American art forms, as well as a preoccupation with colonialism that he thinks must be surmounted. ‘There are aspects of this country that annoy me,’ he says. ‘And when I’m annoyed I try to fight back,’ which is why much of his work, including his most recent play, ‘Morales’, is intentionally political. In Bolivian theatre, realism is becoming less prevalent. Characters are no longer one dimensional. They go beyond conventional Bolivian archetypes – dueño de la casa, cholita, etc. – and try to say something novel to an often closed-minded public. ‘There is something surreal in who we are,’ says Soledad. Since everyday life in Bolivia is surreal, reflecting on the day-to-day has bizarre consequences.

On the floor of a brightly lit room on Cochabamba’s Calle Venezuela, I’m sitting with Claudia as she teaches a drama class with twenty students from la Universidad Privada Boliviana. ‘They’re not interested in becoming professional actors,’ she admits. The classes are completely extracurricular, but the lesson culminates in the performance of several short plays that demonstrate the group’s dramatic talent. Claudia likes to use ‘textos frescos’ by contemporary Latin American playwrights to engage her students. She emphasizes the importance of getting young people involved in theatre. ‘The so-called young generation is my generation, and I’m 40,’ she bemoans. She says the few theatre schools that exist in Bolivia aren’t interested in expanding their reach or evolving to embrace new actors and concepts.

However, things are progressing. All the artists I spoke to insist that the quality of Bolivian plays has vastly improved over the last 15 years. Because of this many groups have managed to go abroad with their projects. But this is certainly not the time for complacency. There’s still a long way to go before theatre gains the status it deserves in Bolivia. ‘Things are getting better,’ Diego says, as our interview comes to a close. ‘But we can’t stop working.’